My Journey from Couch to 5K Parkrun

by Nikki Stephens getting active 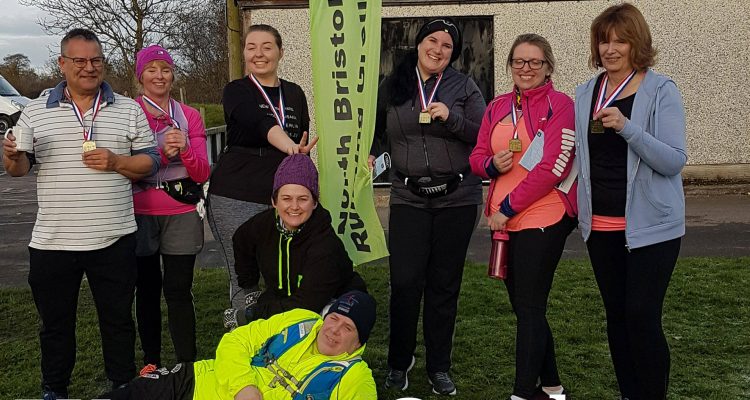 Let me start by explaining where I was.  You may have glanced at this & gone “well, they work for a sports charity – of course they’ll be sporty / fit / love exercise!”.

Not even slightly the case.

In fact it’s an ongoing joke here about how much I dislike sport.  I have no competitive desire, and that, coupled with poor school experiences, has meant a lifelong dislike of sporty nonsense as I call it.

My job here is desk-based.  I deal with a lot of the behind-the-scenes work of running a business.  Nothing sporty at all (which is how I like it!).  So on an average day, I just don’t move. 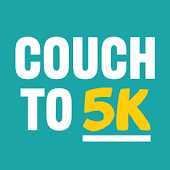 I had fleetingly considered running as a form of exercise / stress relief, but I was worried about damaging myself.  The bonus of course is that it’s free, and when you’re on a tight budget, free is a positive!

However, I didn’t even know where to start.

I have never been a runner (if you’ve met me in person you’ll appreciate the truth in that statement).  I used to do aerobics & spin classes, but not for around 6 or 7 years.

So when I say I was unfit, I mean I was unfit.  Not in some of my colleagues' statements of “oh, I haven’t exercised for 2 days, I’m so unfit” statements.

I had barely moved for 7 years.

(And yes, I realise how awful that sounds as I write this, but it just sneaks up on you!).

I had previously seen people mention the Couch to 5K programme a few years ago (if you aren’t aware, it’s a structured programme over 8 or 9 weeks that gets you moving a little more each session – with the aim that by the end, you’ll have built up your fitness / stamina enough to complete a 5K).

Then I had various upheavals in my personal life, so thoughts of that sort of thing got pushed aside (there’s a note here for those of you that work to get inactive people active – we will put activity to the very bottom of our list of priorities!).

In October 2017, I saw an article in my local community magazine about a new C25K programme taking place with North Bristol Running Group in Bradley Stoke.  It was only £10 for the whole 8 weeks, and something in me decided to look into it.  I was fed up of never moving.  I drive to work, sit in an office all day, drive home, and sit on my sofa.  I know it isn’t good for me!

And that’s how I found myself standing in a school playground with about 100 other newbies one Friday evening in October.

I had spent the week before fussing about it & worrying (I mean – I was *so* unfit…what if everyone else could actually move / breathe / not fall over?!).  But I figured I’d try it – if I hated it, then I didn’t have to go back, and it was only £10.  I even bought a pair of trainers (again – if you know me, you’ll know how unusual that is!).

The first thing they made us do was run around the school playground to ascertain our current levels of ability / fitness (or rather, unfitness).  No surprise to me, I was in the slowest group of people.  But that’s where I belonged, and if I’d been put in a higher ability group I don’t think I’d have continued it, as I would have been completely out of my depth.

This was all fine for the first couple of weeks.  I built up stamina, gained confidence, and improved my level of fitness & running (well, jogging) ability.  I was rarely at the front of the group, but also wasn’t at the back of the group.  Comfortably average.

Then I hurt my knee (I think in a warm up exercise where we had to hop on one leg – my joints can’t quite cope with that!).  I went out on the Sunday for a homework session with some of the group – and I just couldn’t do it.  I couldn’t get my breathing right, I couldn’t get one foot to go in front of the other, and I was trailing behind at the back (which meant the other people had to double back past me so that we all stayed together).

I felt guilty, I felt useless, and was ready to give up.

Then I got caught up at work for the Wednesday night.

And the Friday night.

So by this point, I’d missed a week’s worth of training.  And I was seriously questioning whether to continue – after all, clearly running wasn’t for me.

Then on the Saturday, I saw a post in the North Bristol Running Group (NBRG) Facebook group aimed at us C25K beginners.

You are more than half way through the course and we know this is where it gets tough.  You may have missed a couple of weeks and think that everybody is miles ahead of you.  Running a full 5K still seems out of your reach, and who’s daft idea was that anyway?!  Aren’t there better things to do on a Friday evening?

Don’t give in to your demons.  Don’t give up on your dream.  We are there for you to get you through – that awesome green army of NBRG runners there for you every Weds & Fri eve.  All you have to do is get to the session and we will do the rest.

That made such a difference to me.  If I hadn’t seen that, I highly doubt whether I would have gone back.  But seeing that, and knowing that others would be in the same boat as me, meant that I turned up for the Sunday homework session that week.

There were only 3 of us (plus one of our group leaders) so that was better for me for getting back into it – and I actually enjoyed it.  The spell of “I’m not a runner, this is a ridiculous thing for me to attempt to do” had been broken.  If that had been a rubbish run as well, then that would have cemented my feelings of inadequacy & not belonging.

Don’t get me wrong – it was still a struggle, and I didn’t run for all of the timed sections that I was meant to run for – but I did most of it.  As I told myself on various occasions – no matter how slowly I was going, or if I was walking rather than jogging – I was still lapping everyone on the couch!

From then on, I went to almost all of the sessions (though I missed the last homework session before my parkrun graduation as I was at the European City of Sport Conference).  I even eventually told a couple of friends at work about my participation in the programme – I had kept it to myself beforehand as I didn’t want to share it with people.  I didn’t want to be judged or ridiculed (and yes, I realise how ridiculous that sounds writing it, as I know my friends wouldn’t do that to me – but that voice in my head can be rather persistent).

And so, my journey culminated in attending the Chipping Sodbury parkrun on Saturday 9th December.

At the beginning of the C25K programme, I had been debating whether to bother with that part (remember my dislike for anything competitive).  But as several from my C25K group were going, I wanted to join them.  We’d been through a lot together & had some good laughs – not least relating to one of our warm up exercises known as ‘shooing the chickens’!

Early on a Saturday morning in the frost, instead of having a nice lie-in, I was standing at the Chipping Sodbury parkrun starting line questioning my sanity (not for the first time).  We warmed up as our C25K group (including shooing the chickens!), and then we were off!

One of the really nice things was having experienced runners going past me, and offering words of encouragement as they did!  Not like being at school where you were berated for not being fast enough – these people didn’t know me at all, but hearing a “well done” or a “keep going, you’re doing great!” was really motivating & pleasing.

I was getting near to the end of my last lap when one of the run leaders from my group came up to run with me to the finish line (I may have referred to him as a taskmaster at the time!).  He did that for all of our group, so ran into the finish line about 10 times I think!  And if you’ve been to the Chipping Sodbury parkrun, you’ll know that hill at the end isn’t pleasant.

Afterwards we were all given medals from North Bristol Running Group to commemorate our successful graduation from the Couch to 5K programme.  Plus chocolate cake! 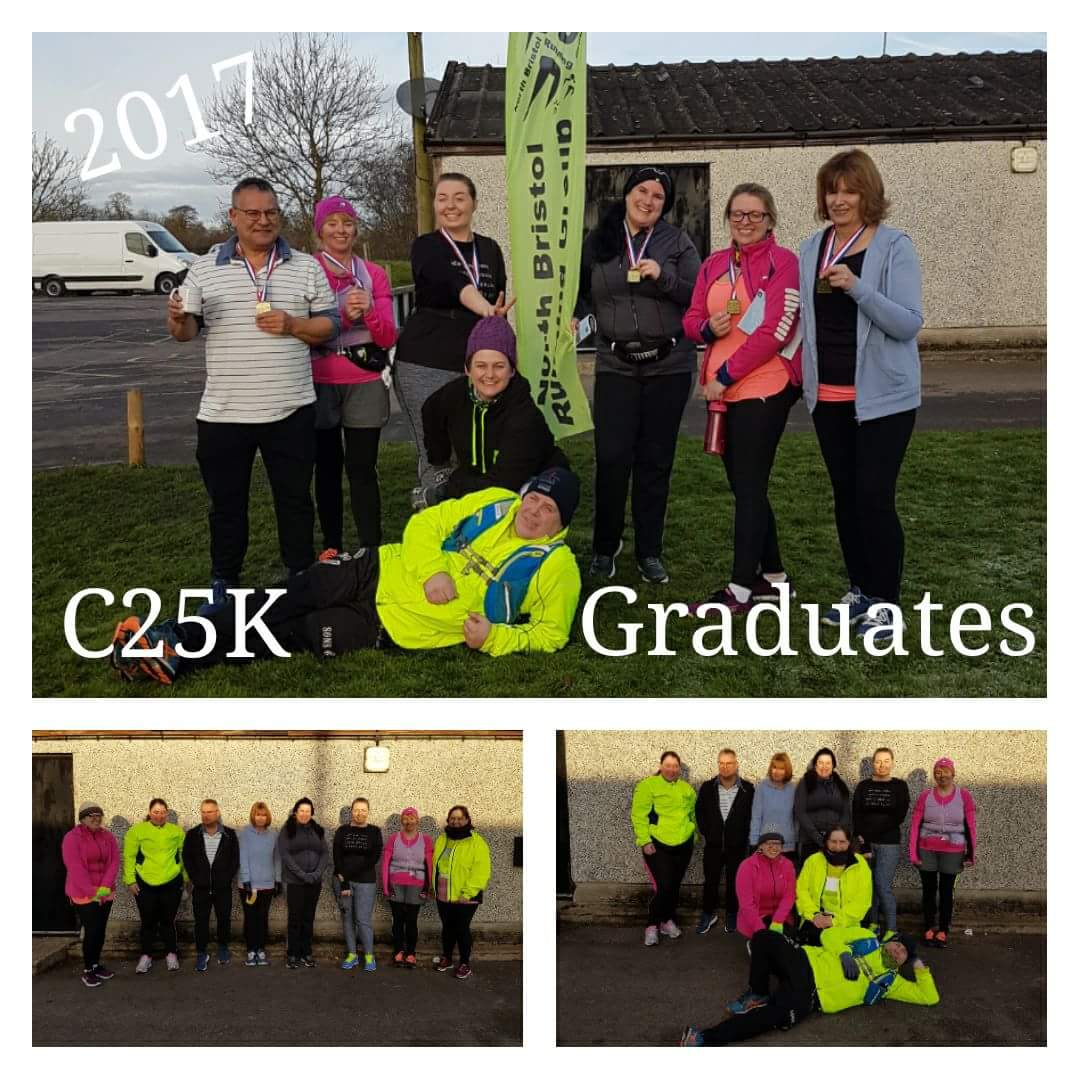 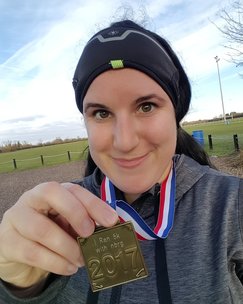 So – what are the lessons that I can share from this, particularly in relation to getting inactive people active?

If you’ve read this far, you deserve a medal yourself!

I hope that by sharing my journey, and the barriers that I have overcome (and continue to have to fight to overcome), this can provide some inspiration for you or your friends – so please share this!

When we think of physical activity we often think about the benefits that it can have on us physically...

We’ve all heard of Mother Nature but this week I had the privilege to meet the woman passionate for...