Korfball is the only mixed-sex team ball sport in the world. 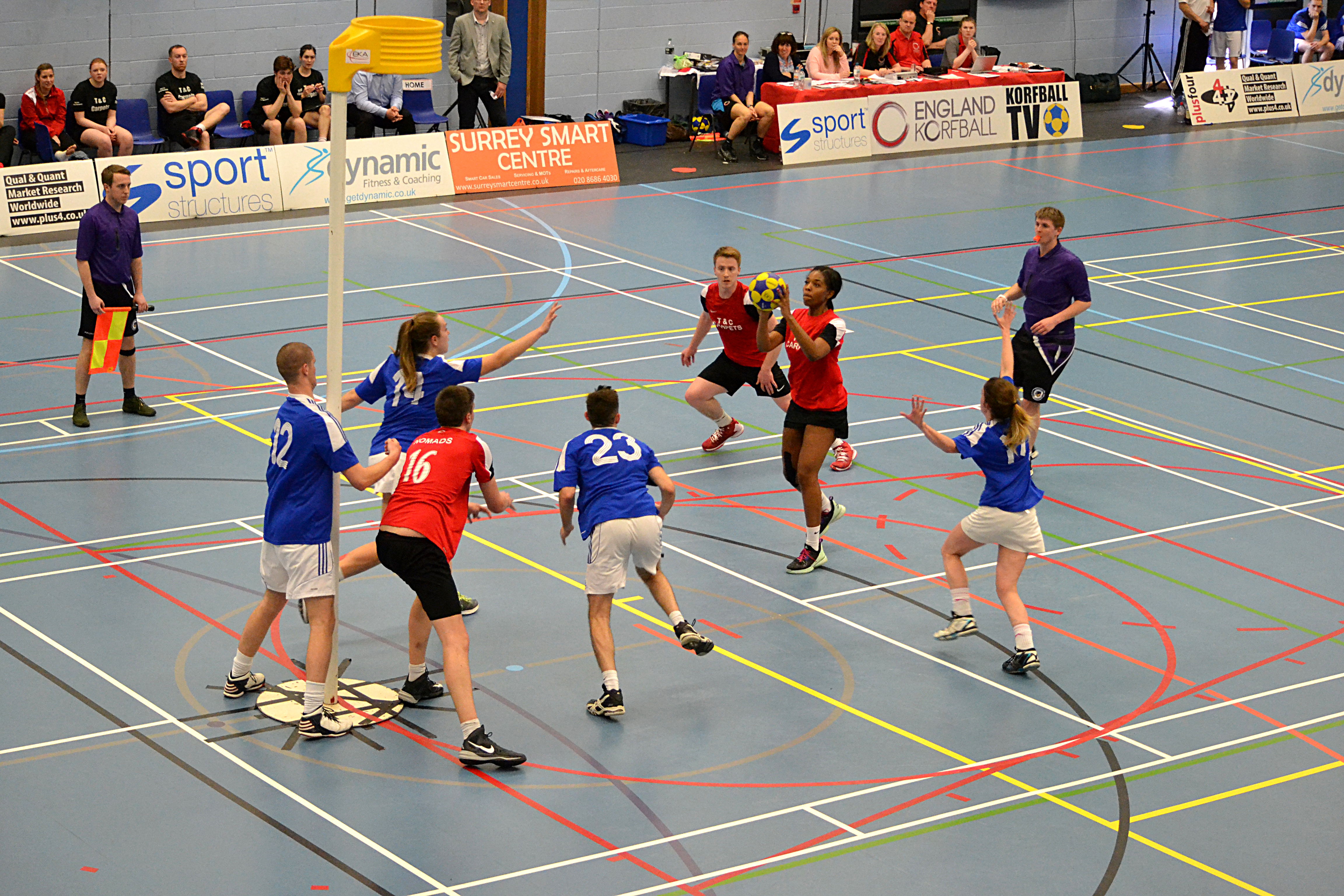 A dynamic cross between netball, basketball and handball, korfball is the only mixed-sex team ball sport in the world and is growing in popularity.

Put simply, it’s a fast-paced, dynamic cross between netball, basketball and handball. Two teams of eight compete to get the ball into a goal, or “korf”, which is basically a basket on a pole 3.5 metres above the ground.

In this country, Korfball is mostly played in Universities. However, the sport is growing in popularity across the country- we are currently ranked fourth in the world!

Korfball is the only mixed-sex team ball sport in the world. Each team must field four female and four male players – and the fluid nature of the game, where defenders and attackers regularly “swap” positions, means that there is no advantage or disadvantage either way. It also means that goal scorers and defenders regularly exchange roles – so not only do players become adept in all positions, but there are no “stars” as in football or netball.

Korfball is growing rapidly across the UK, especially in universities.

This means plenty of competitive, fun matches and the chance for students to develop their skills as a beginner, through to representing their university at national level. It is a mixed-team game where the social side can often be the main event! See the British Student Korfball Association for more information.

People of most abilities and disabilities can play - there are a range of inclusive adaptations and clubs accept all players to join in sessions. For more information on how you can get involved and find a club near you, visit England Korfball's Club Finder.