The aim of the game is to throw leather balls - coloured red or blue as close as you can to a white target ball. 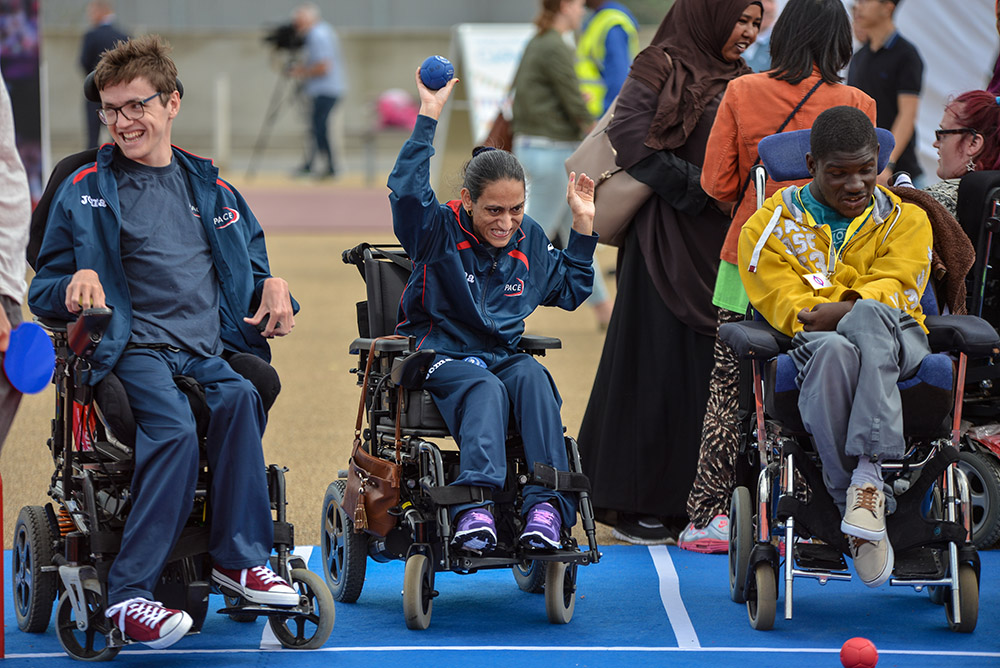 Boccia (pronounced 'Bot-cha') is a sport similar to bowls for athletes with a disability. Boccia is totally inclusive and can be played by anyone regardless of age, gender, ability or disability. Boccia can be played by individuals, pairs, or teams of three. The balls can be moved with hands or feet, or, sometimes, with an assistive device. It is played indoors on a court similar in size to a badminton court.

At the end of each round, or end, the distance of the balls closest to the jack is measured, and points awarded accordingly - one point for each ball which is closer to the jack than the opponent's closest ball. The team/player with the highest number of points at the end of play is the winner.

Boccia England is the National Governing Body for Boccia and is the best starting point when looking for more information about the sport and finding your nearest Boccia club.