a-z of sport: Snooker and Billiards

Snooker uses twenty-two balls, including a white ball known as the 'striker' ball. Billiards uses only three balls: one each of white, yellow, and red, with both the white and the yellow able to act as the striker ball. 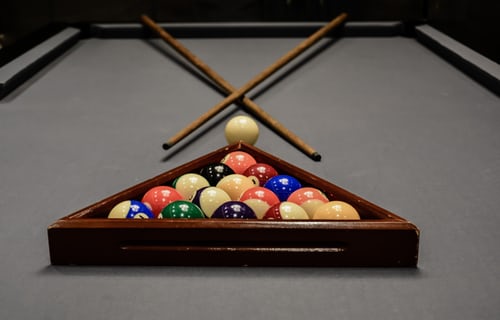 Snooker and Billiards are cue sports that originated among British Army Officers who were stationed in India in the second half of the 19th century.

The aim of snooker is to pocket the balls legally according to the rules and to score a greater number of points than the opponent. Point values for object balls: red-1, yellow-2, green-3, brown-4, blue-5, pink-6, and black-7.

The aim of billiards is to score more points than their opponent and reach the previously agreed total required to win the match.

The three rules of billiards are: